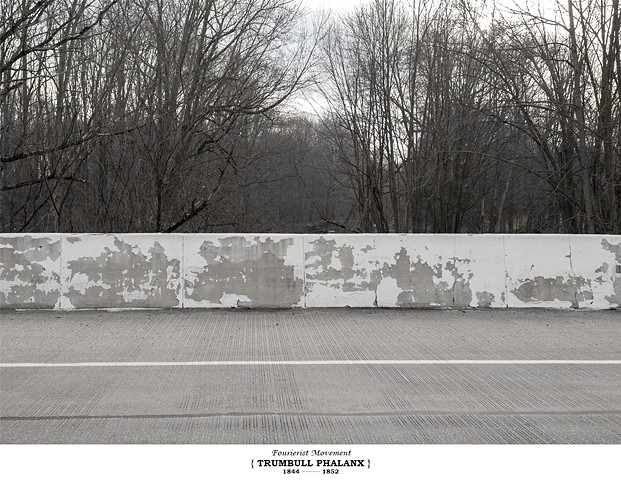 “An ocean of Social Error flows over Humanity, but so mighty is Truth, that one drop cast into it will purify and give life to dead waters. That drop, we believe is the principles discovered by Fourier.” – Albert Brisbane, “Association,” New York Tribune, March 29, 1842

In many ways, the Fourierist phalanxes were a reaction to the growing fear that America would decline into a system that concentrated wealth, much like the aristocracy in Europe. Reformers like Albert Brisbane were motivated by the belief that they were experiencing a very narrow window in which they could ensure America’s future as a true democracy.

True reform, according to Brisbane, was directly opposed to politics, especially the crude and destructive nature of the Jackson administration. In an editorial for Horace Greely’s New York Tribune, Brisbane asked, “Is our system of politics, with its intrigues, cabals, demagoguism and mock patriotism, party animosities, calumny, detraction, and general falseness and duplicity of action, Christian? If not, is not some reform necessary?” Albert Brisbane was the English translator of Charles Fourier’s ideas and his main champion abroad. Fourierism promoted “attractive industry,” such as pleasurable varied labor, communal assisted living, and governance based on a correct understanding of human behavior.

The call for residents at the Trumbull Phalanx in the Fourierist publication The Phalanx advertised that a community of 400-1600 people would be “living in harmony with religious toleration and cooperative labor in industry and agriculture.” Nathan Meeker, a young Oberlin graduate, waxed poetically about the settlement in 1844:

“Seating myself in the venerable orchard, with the temporary dwellings on the opposite side, the joiners at their benches in their open shops under the green boughs, and hearing on every side the sound of industry, the roll of wheels in the mills, and merry voices, I could not help exclaiming mentally: Indeed my eyes see men making haste to free the slave of all names, nations and tongues, and my ears hear them driving, thick and fast, nails into the coffins of despotism. I can but look on the establishment of this phalanx as a step of as much importance as any which secured our political independence; and much greater than that which gained the Magna Charta [sic] the foundation of English liberty.”

Reason for Demise: Trumbull Phalanx was the most successful of the Ohio Phalanxes. That being said, of the 400-1600 residents promised, only 200 people joined the community, most barely able to make the single admission requirement of purchasing one stock share at $25. Within one year the group was in financial ruin. They were not able to build the necessary housing required of a Fourier community, let alone support the needs of 200 people. In 1845 the community was bailed out by wealthy families from Pittsburgh, but by 1847 it was clear that even this assistance would not be enough to sustain the group. The phalanx disbanded in December of 1847.