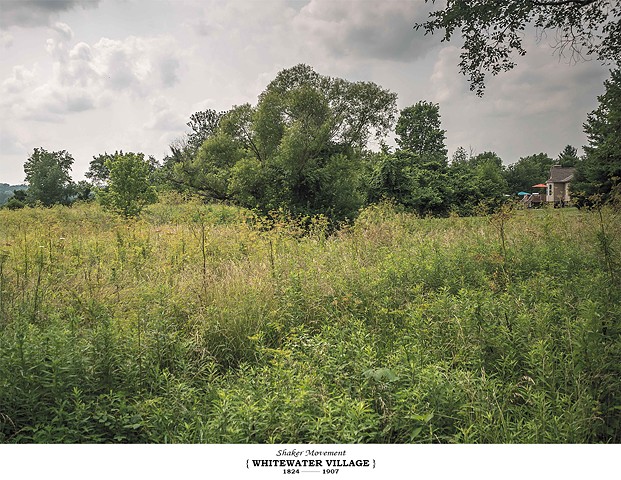 “We have lively and refreshing Meetings often with a manifest of a good measure of life and power. We have been laboring for a number of months past to break our bonds and be free souls in the gospel so that any of the Brethren and Sisters old or young can express their faith without any embarrassments.”

Whitewater Village began as a branch of Union Village, with a group of 30 individuals. The “Shaking Quakers” or Shakers as they came to be known, were famous for their fervent ritual dancing. “Mother’s Work” was a term used to describe the spirit possessions that often occurred during Meetings. During the revivalisms of the 1840s, guests such as George Washington, Thomas Jefferson, and Powhaten visited believers in Whitewater through spirit possession. Jefferson instructed the young to obey their faith so that they would receive rewards in Mother’s Kingdom. George Washington told Elder Archibald that Mother Ann had blessed him with the joys of heaven.

Reason for Demise: Declining membership due to aging, celibacy, and a lack of new admissions.