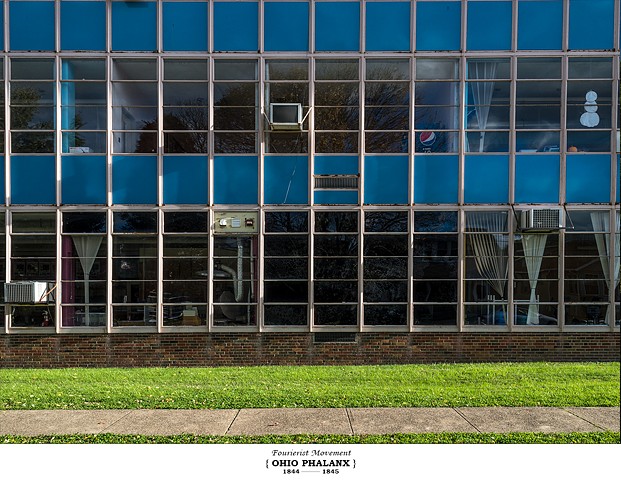 “A thousand failures in the attempt to ignite damp gunpowder would by no means prove the absence of an explosive quality in the compound. Nor should we be surprised, if a social reform, demanding ample capital, scientific organization, and a rare combination of mental and moral powers in its leaders, should meet with temporary obstacles, and in particular instances, experience a total defeat...” - The Phalanx Newsletter, May 3, 1845

Fourierists from Pittsburgh planned the Ohio Phalanx on land purchased near the Ohio River for $69,000. Led by Elijah P. Grant and H.H. Van Amringe, the call for community members was announced in the December 1843 issue of Phalanx. Emphasis was placed on the excellent location of the community, which was close to urban markets and the National Road. It would have a central phalanstery for living accommodations and central activities. The community promised religious tolerance and the combining of industry and agriculture. The founders predicted between 400 and 1600 people would join the community, but only 120 individuals (all without capital to invest) responded to the announcement.

Reason for Demise: Almost immediately the phalanx was in a desperate financial situation, as residents realized that they had tried too much with too little. According to an issue of Phalanx, “The causes of difficulty are as follows: Want of Experience; Too much Enthusiasm; Unproductive Members; Want of Means.”