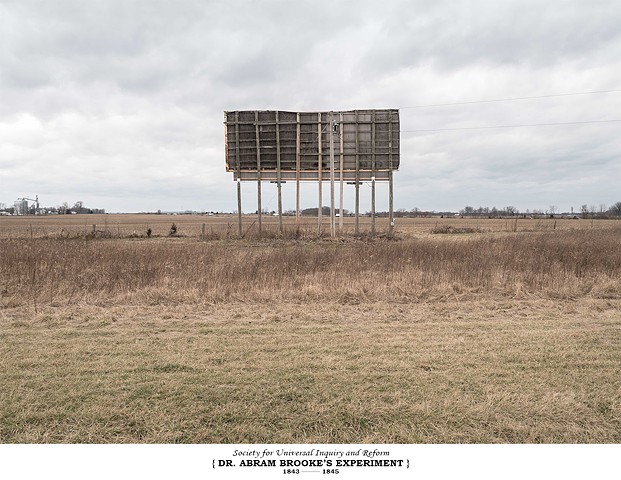 “If the competitive system be wrong as a whole, it is wrong in its parts. The practice of any part of it being wrong, it cannont produce right.” - Abraham Brooke, The Regenerator

In 1837, Dr. Abraham Brooke and his wife April moved their family to Clinton County where they immediately organized an antislavery society noteworthy for its inclusion on equal terms of both sexes. In 1840, Brooke received word that a party of Virginians was passing through en route to Missouri with several slaves. He leapt into the fray, mixing it up with the slaveholders and an anti-abolitionist mob. Brooke attempted to rescue the slaves by filing kidnaping charges against the slaveholders. Although this attempt proved unsuccessful, it prompted Brooke to question both the morality and the efficacy of participating in the legal system, moving him in the direction of non-resistance.

Brooke was an original founder of the Marlborough Association, donating his farm along with his brother Edward. He withdrew when he realized that he was at odds with the other memebers, because he wanted to extend the philosophy of shared goods to those outside the community as well. When members felt Brooke’s actions would draw in people with selfish motives, Brooke left to start his own experimental community. This experiment was based on communal ownership of property, and his philosophy that he would provide services and materials to people as needed. In return he expected people to do the same for him.